Through Gratitude We Will Change the World

As Thanksgiving approaches and another year winds to a close, I find myself incredibly contemplative, pondering all that I have been given.  It is so easy to get wrapped up in what is “wrong” with our lives that oftentimes we fail to celebrate what is incredibly “right” with our lives.  For me, there are so many things that have aligned perfectly and I understand that all of these things that are bringing me so much love and joy are also former intentions of mine that have manifested into my material world.

Seven years ago, I vowed to change the my life and the way I thought about it as I embarked on a path to

reclaim my destiny.  It wasn’t easy.  I was faced with major life decisions that were incredibly difficult to implement.  I struggled to end a marriage that wasn’t working for either of us.  We both knew our hopes and dreams were no longer in alignment and we worked very hard to separate in a way that was loving and kind to everyone involved and to make the transition as easy as possible on our two children.  One of the proudest achievements of my life is that we did this successfully and we now co-parent two children and we do it with almost no drama and very little disagreement.

My journey didn’t end there.  I still had an enormous amount of self-work to do as I embarked on a new life as a single man.  I did all of the things that newly single people do to try to matriculate back into the single scene.  I dated, drank wine, sat lazily around in the afternoons on my balcony overlooking the city with very little ambition to achieve anything, and generally reveled in this newfound freedom I had desired for so long.

It was all necessary.  I needed it.  I longed to find my true self again and part of that process was to disengage from many of the things I had been doing in my life and to carve a new path.  It literally took a couple of years.  I would rise in the mornings and go to have my morning coffee while I read every spiritual text I could get my hands on and I would write.  I wrote a novel while I would sip my morning cup of coffee and I people-watched and drank in the experience of feeding my soul.  After finishing my novel, I discreetly placed the novel in a drawer to sit for nearly four years (The Blue Pearl will be out Christmas 2018) as I contemplated my next steps. 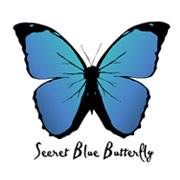 I began practicing random acts of kindness through an initiative my daughter, son and I started called the Secret Blue Butterfly (www.secretbluebutterfly.com).  Once a day we would do a random act of kindness for someone and then leave a Secret Blue Butterfly card letting them know the Universe left them a special gift because “they are loved and admired by the Universe.”

We created a website and began showcasing our secret acts of kindness on social media channels and before we knew it people in more than 60 countries began writing in to receive their free butterfly cards so that they too could spread love and kindness.  By creating this initiative and moving into a place of gratitude and giving my life started to change.  An entire universe opened up to me as I had the honor of witnessing people from all over the globe participate in changing the world by doing random acts of kindness in their corner of the world.  And through it all I discovered that by doing kind acts for strangers it was I that began to heal. 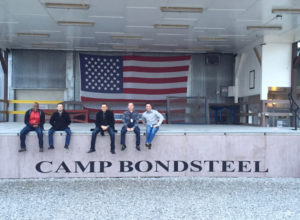 States Military.  Seeing the sacrifice that these men and women make each day so that I could live my life in complete freedom was humbling.   I came to a clearer understanding that life was not about me, life was about “us.”  For the first time in my life I began to see the importance of serving others while at the same time giving myself everything I needed so that I had something to give.

This is where I think a lot of us misunderstand giving.  We have been told for a long time that we are supposed to give to others at the expense of ourselves when in fact, it’s just the opposite.  We give first to ourselves and we feed our souls of all that we need SO THAT we can then give back to others.  I have always equated that giving is a lot like the oxygen mask speech flight attendants give before taking off before a flight.  “Place your mask on your face first and then help others with their mask.”  Why do they say this?  Because if we can’t breathe then we will pass out and not be able to help others.  Just like giving:  we give to ourselves first and be able to breathe BEFORE we can give back to others.

My heart began thawing after years of keeping my guard up and before I knew it divine synchronicities
began occurring.  I met my true twin flame, Adi Bachan Kaur, on a magical first date in Paris at the end of my USO Tour (soon to be told in my new book We’ll Always Have Paris).  Adi opened up my heart even more and not long after we met she encouraged me to begin practicing Kundalini Yoga, playing the gong, and eventually teaching yoga classes with her to give people the skills to claim their most beautiful life. 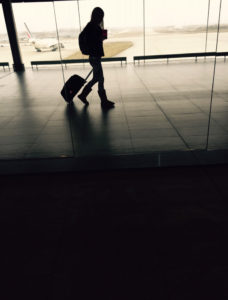 If anyone had told me any of this would happen even five years earlier I would have told them they were crazy, but it did happen.  And it happened because I began thinking about how I could make someone else’s day just a little bit brighter by being more loving and kind to them.  I began thinking about how one kind act could change someone’s world and by doing so I changed my world.  It’s not a stretch to see that this is how we can change the entire world.

The only thing that is necessary is that we take the first step.  We hold the door open for someone, smile at someone, buy someone a cup of coffee, give a compliment, or we do the most beautifully human thing anyone can do for another human—we LISTEN to someone when they need it.  We don’t listen to respond, we listen to truly hear them.

Through the people who loved me the most, oftentimes when I felt wasn’t completely deserving, my heart thawed, and I was exposed to a new way of looking at life:  How can I serve?  This one question, when truly investigated, is the gateway to a new way of living.  This one question is the liberation we seek.  By giving, we receive and usually the dividends are far greater than the initial investment.  This is a Universal Law.  I don’t understand it fully, but it is a reality that fuels our advancement.

I am thankful. Thankful for the journey—every morsel of it—the good, the bad, the indifferent.  Each stage was necessary, every person a beautiful co-star or featured extra in our movie called Life.  May each of you have a blessed Thanksgiving and may the light of love shine on the road to your destiny.

This site uses Akismet to reduce spam. Learn how your comment data is processed.